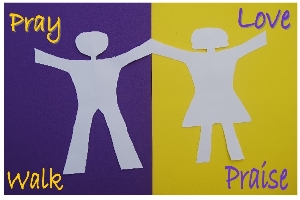 Today’s Bible reading: 1 Peter 5:10 “And the God of all grace, who called you to his eternal glory in Christ, after you have suffered a little while, will himself restore you and make you strong, firm and steadfast.”

Iran has sentenced four Christians to imprisonment to a total of 45 years in prison for “membership of a group with the purpose of disrupting national security”. That “group” is a small house church.

Iran’s mullah-led Islamic regime has sentenced four Christians to harsh prison terms for practising their faith. Pastor Victor Bet-Tamraz and his wife Shamiram Issavi, who are ethnic Assyrian Christians, and Amin Afshar Naderi and Hadi Asgari, who are Christian converts from Islam, were sentenced to a combined total of 45 years in prison, reported CBN News. The charges were conducting illegal church activities and spreading propaganda that threaten national security. ”
These Christians were arrested solely for practising their Christian faith, including attending Christmas gatherings and organising house churches,” Mike Ansari of the group Heart4Iran told CBN News. Bet-Tamraz was arrested in 2014 when plain-clothed security forces raided his home during a Christmas party. He was sentenced to 10 years in prison in 2017 by an Iranian Revolutionary Court along with Asgari for “forming a group,” meaning their church activity, “composed of more than two people with the purpose of disrupting national security.” The court also sentenced Naderi to five years in prison for allegedly insulting Islam.  (world Net Daily)

Heavenly Father, we lift up these four faithful followers of Your son, Jesus, to You in prayer. We ask that you will bless greatly these four who are persecuted for their faith.
We also pray for the country of Iran.
We pray that freedom of religion will be established in that land as the present government are replaced by moderate people who care about the human rights of their countrymen and women.
Father, we pray that You will act to shorten their time in prison and that You will act to shorten the tenure of this government, as they persecute Christians imprisoning anyone that they fear might threaten their hold on power in that land.
Father we pray that in prison, their witness will be a light in the darkness, uphold them and keep them as only You know how, oh Lord our God, in Jesus’ Name, Amen.

If you need prayer please email us:

We hope that you have been blessed!

Let us know!
If you have found anything to be a blessing or help we would love to hear from you.